Your Excellencies Professor Kenneth Hall and Mrs Rheima Hall, Leader of the Opposition Honourable Bruce Golding and Mrs Golding, Chief Justice the Honourable Lensley Wolfe, Dr the Honourable Peter Phillips representing the Prime Minister, and Mrs Phillips, Honourable Donald Buchannan and Mrs Buchannan, other Ministers of Government, Members of Parliament, Honourees of the Electoral Advisory Committee and invited guests, Ladies and Gentlemen all on behalf of the Electoral Commission of Jamaica it is my great pleasure and singular honour to welcome you to this function this evening.

Milestones are important in any journey, more so in the journey of a nation and a people. Marking particular milestones with ceremony and ritual is important not only to celebrate triumph over troubles, trials, and tribulation and to rejoice over the defeat of disappointments, despair, and disillusionment along the way but equally important to draw inspiration and muster the courage for the journey that still lay ahead. This evening marks a very important milestone in the journey of the Jamaican people and nation along the road of democratic governance in which the sovereign people hold their elected representatives accountable. END_OF_DOCUMENT_TOKEN_TO_BE_REPLACED

The people are sovereign. The people elect their representatives to form the Government. Elections are the mechanism through the people decides if representatives previously elected should continue in office or be replaced. This system is the essence of the democratic form of government and governance. END_OF_DOCUMENT_TOKEN_TO_BE_REPLACED

Congratulations on being duly nominated as Candidates for the Local Government Elections. Thanks for offering yourself for public service. It is an awesome responsibility to be the elected representatives of people in the 228 electoral divisions across the country.

December 29, 2011, General Elections were the best-conducted elections in the history of the country. It has won worldwide acclaim and continued respect for the democratic and electoral process in Jamaica. Political Parties, Candidates, party workers, electors, Election Day workers, the security forces, CAFFE, election officials, and the general public all cooperated to collectively achieve this result.

The Local Government Elections of March 26, 2012, must be conducted at least at the same standard and with the same level of cooperation and collaboration. END_OF_DOCUMENT_TOKEN_TO_BE_REPLACED

Reverend Canon, the Honourable Weevill Gordon, Custos of Kingston and Mrs Gordon, Honourable Derrick Smith, Minister of National Security and Justice, Dr, the Honourable Carlton Davis and Mrs Davis, Dr Peter Phillips Opposition Spokesman on National Security and Justice, Commissioners of the Electoral Commission and your spouses, Mr Danville Walker Director of Elections and Mrs Walker, Awardees of the Commission, Mr William Chinsee former Chairman of the EAC, Mr Noel Lee former Director of Elections and other specially invited guests, guests all and Members of the Media we are met this afternoon to recognise and honour members of staff of the Commission who have served for varying lengths of time from 10 to over 30 years. END_OF_DOCUMENT_TOKEN_TO_BE_REPLACED 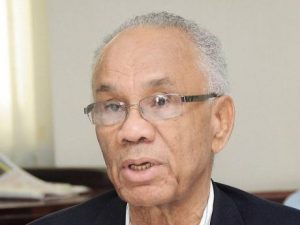 Act II Scene V of Twelfth Knight contains one of Shakespeare’s most oft-repeated quotations: “Be not afraid of greatness: some are born great, some achieve greatness and some have greatness thrust upon them”. Carlton Earl Davis is not one to the manor born. No hereditary legacy has made him great. Usually, it is politicians and military leaders who have greatness thrust upon them by some unplanned circumstance. He has been neither of these. Carlton Earl Davis has achieved greatness by dint of the content of his character, the acuity of his intellect, perspicacity and high quality of public service rendered in his native land. END_OF_DOCUMENT_TOKEN_TO_BE_REPLACED 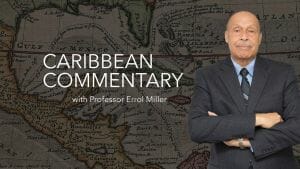